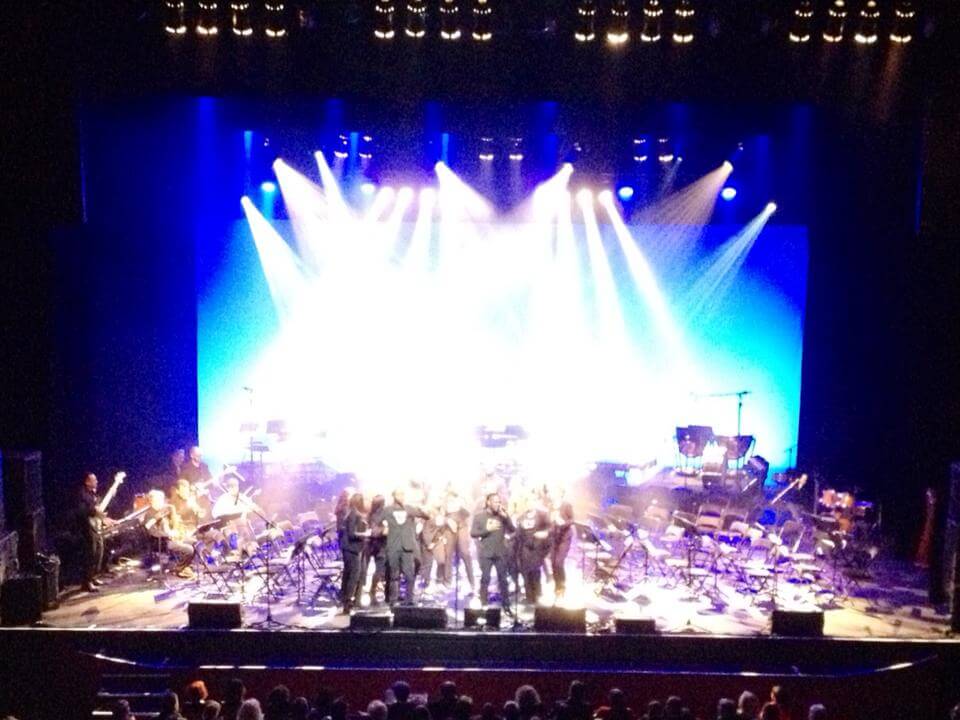 It’s about time to give you some news!  My last update is from January so it really is about time, isn’t it?
In my last update I spoke about a pop album for kids which has just been released (last week) under the title “I’m little, so what?” here on iTunes.
I was in charge of the arrangements, the realization, the guitars (of course), bass and keys, and even a tiny section of back vocals on the title “les dix commandements.”
This album was a lot of work, in which I collaborated with more than fifteen musicians, singers and a beatboxer.
The last months have also been energized with lots of great encounters, in particular a concert with Plumes and Karl Jannuska in April.  The musical world of Plumes is outstanding.  The music is somewhere between pop and classical music.  I was very happy to collaborate with them. www.plumesensemble.com
We also created Tema, a duo with the Italian pianist Giuseppe de Gregorio. Last Saturday (September 14th) we gave our first public concert in Paris, at the Sunside jazz club. The audience loved it. The pictures are on our Facebook page.  We will be on the jazz barge “L’improviste” November the 18th.
Another wonderful musical encounter was with the singer Corinne Sahraoui. We played several gigs in duo and each time was real pleasure for both of us.  Finally, I joined the regular team of the quartet of Kay Bourgine, an American singer who has a nice jazz-folk repertoire with some covers of Joni Mitchell and James Taylor.
I took advantage of the summer to study.  I enriched my knowledge in production by following the on-line course of musical production with Berklee.
Finally a precision on the photo of this new post; it’s my first performance at the Olympia with the choir Family One last March.